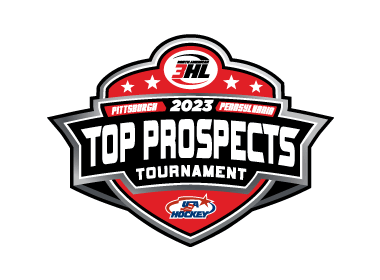 The 2023 North American 3 Hockey League (NA3HL) Top Prospects Tournament is less than a month away and will be held from February 6-7, 2023, at the UPMC Lemieux Sports Complex in Cranberry Township, Pennsylvania. 100 total players from the NA3HL will be spread amongst five divisional teams who will play in two games each during the event.

The NA3HL Standings were frozen following the games on Sunday, January 8th. Teams were seeded within their division based on win percentage. The number of players each NA3HL team will send to the tournament is based on each team’s winning percentage within their group.

Each NA3HL Top Prospects team will consist of a 20-man roster (12 forwards, 6 defensemen and 2 goalies). Any player who will be considered for the event, must be nominated by their respective head coaches. Each divisional team will have two coaches, who will be the coaches of the teams with the best winning percentage in each division as of January 8th.

In addition to the five NA3HL teams, there will be one NAPHL 18U Top Prospects team that will also play in the event. The NAPHL 18U Top Prospects team will be a collection of the best 18U players from the NAPHL T1ER League teams. It is a unique opportunity for the NAPHL because no other youth league provides their players with this type of exposure, which will include all 31 NAHL teams and hundreds of NCAA and NHL scouts.