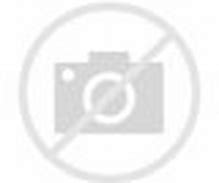 RoadRunners staff will travel to Chicago today to help prepare for the start of the Odessa Jackalopes NAHL main camp that begins Thursday July 25th and runs through Sunday July 28th.

The event will showcase some of the top tier lll hopefuls  looking to make the jump to the NAHL this season.   “We have quite a few of the RoadRunners attending camp as well as some invites that we feel could possibly take the next step this year or in the near future” states Roadrunners coach Mike Beavis.

The RoadRunners of the NA3HL are a direct affiliate of the Jackalopes of the NAHL and will be working hand in hand to develop their players to make the jump to the NAHL over the course of the season.

The NAHL offers junior hockey players the opportunity to develop, learn, train, grow and succeed, while playing for free. The NAHL is unique in the fact that a vast majority of players begin their NAHL careers without an NCAA opportunity, but earn one through the course of their development in the league.

Celebrating its 45th season in 2019-20, the NAHL,  is the only USA Hockey-sanctioned Tier II Junior league . The NAHL’s dedication to player development is demonstrated by the league’s high-profile annual exposure events like the NAHL Showcase in September, the NAHL Top Prospects Tournament in February and the NAHL Robertson Cup Championship in May, which have all evolved into hockey’s most prominent and popular of its kind and are a must-see for NCAA programs and NHL teams alike.  Over the course of the last five seasons, 1,345 NAHL players have made NCAA commitments and 21 have been drafted into the NHL.